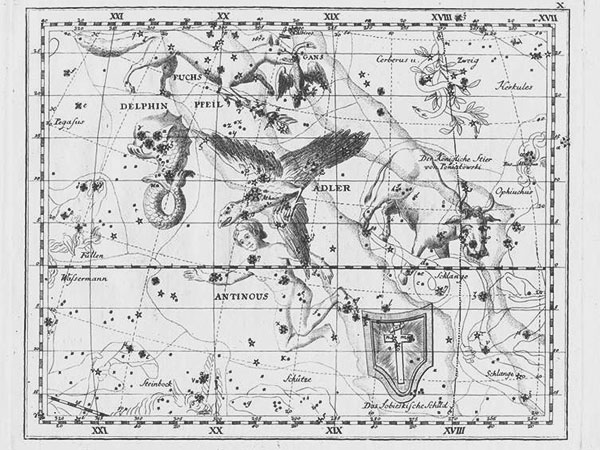 Antinous is an obsolete constellation no longer in use by astronomers, having been merged into Aquila.

The constellation was created by the emperor Hadrian in 132. According to legend, Hadrian was told by an oracle that only death of his most beloved person would save him from a great danger. Sure enough, Antinous, a beautiful youth loved by Hadrian, died while saving the Emperor from drowning in the Nile. For his memory Hadrian identified an asterism in the sky with Antinous.

Tycho Brahe (Tycho Brahe (1546 – 1601) was a Danish nobleman known for his accurate and comprehensive astronomical and planetary observations) was originally given credit for inventing Antinous, but current finds include a celestial globe by the cartographer Caspar Vopel from 1536 that contains Antinous, so Brahe simply measured up the sky according to contemporary traditions and decided to give Antinous a separate table in his star catalogue.

In the following modern times, Antinous has been variously considered an asterism within Aquila or as a separate constellation, until the International Astronomical Union (IAU) discarded it when formalizing the constellations in 1930. 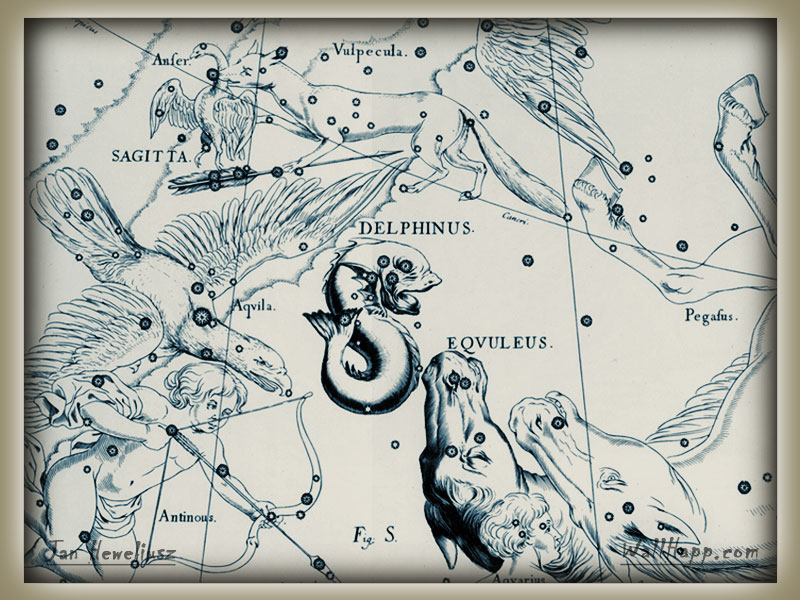